Reaping The Rewards Of Political Failure 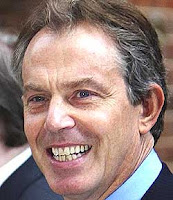 Boy! What a fair old country we have become in 21st Century Britain. It must be deeply gratifying for all of the UK’s former and present political leaders to finally realise their ambitions of fundamentally changing a country’s national character, from public tolerance to simmering intolerance, from mutual moderation to personalised greed, from social concern to individual indifference and from widespread consensus to factional disagreement. What a legacy they have been able to leave current and future generations? The blindingly obvious reasons for these highly negative changes in British society can easily be summed up in one word, FAILURE!

It was a failure by the government of Edward Heath to anticipate the adverse effects that membership of the then European Community would have on our own economy, including the loss of tens of thousands of British jobs. There was then a second failure to anticipate and to fully address the almost guaranteed reaction of Britain’s Trade Union Movement who were outraged by the loss of employment in the country.

It was a failure by the government of James Callaghan to purposely confront the politically motivated Trades Union Congress who had effectively brought the country to its ‘financial knees’ during the mid 1970’s, which resulted in the dead not being buried, rubbish in the streets, the 3-day week and intermittent power supplies. It was Callaghan’s utterance of “Crisis! What Crisis” that finally killed the national Labour Party as a credible political alternative for the next 18 years and was possibly the greatest social and political failure that Britain has ever suffered in the 20th Century.

Not only did Jim Callaghan’s failure to accept that the country was in crisis end his own government as well as consigning the national Labour Party to the political wilderness, his party’s blatant refusal to identify and adapt to changes in British society generally, effectively reflected a failure on their part to both modernise their party and to constructively amend their largely socialist agenda.

Additionally, the deliberate failure and refusal by union leaders like Arthur Scargill to recognise the dissatisfaction and anger felt by large sections of the British electorate at being held hostage to the unrealistic demands of the TUC ultimately led to potential voters turning away from the political parties which were themselves seen to be supporting the wholly unrepresentative Trades Union lobby which was thought to be imposing its political will and control on Britain.

Having been voted out of office by the British electorate, it was then a failure by Callaghan’s successor, Michael Foot, to modernise the party apparatus and to fully engage with the electorate with a modern socialist agenda. Publicly slighted by the British press for his generally unkempt appearance, including his attending the Armistice Day celebrations dressed in a Donkey Jacket, it was his wretched and unsuccessful attempts to free the Labour Party from the influences of the militant socialist groups who had infiltrated the party, that would help to keep Labour virtually unelectable long after he had stepped down as party leader.

Aided by Labour’s seemingly unswerving ability to continuously ‘shoot itself in the foot’ (excuse the pun), the Conservative party led by Margaret Thatcher continued to dominate the mainstream of British politics. Her suppression of the powers of the previously almost untouchable Trade Unions and the patriotic fervour generated by the Falklands conflict combined to make her one of the most popular and respected British political figures of all time. Somewhat ironically though, it would be her tough, uncompromising and autocratic style of leadership which would ultimately prove to be her political undoing. Her failure to listen to the British electorate or to anticipate the highly negative effect that her party’s policies would have on voters lives eventually proved to be too much for the Conservatives and Thatcher was effectively deposed by the very people she had showed so much personal contempt for, her Parliamentary colleagues.

Although responsible for introducing some of the very best legislation into English Law, including those pertaining to Industrial Relations and Homeowners, these too have continued to have an immensely negative effect of modern Britain. The failure of the Thatcher government to reinvest the monies raised by her Right to Buy legislation in new large scale replacement social housing projects has brought misery to hundreds of thousands of vulnerable citizens, who continue to struggle to keep a roof over their head on a day by day basis.

Where at one time a significant number of British workers were represented by a Trades Union, who guaranteed their terms of employment, pay scales, etc. the early high profile disputes of the early 1980’s, which matched Union manpower and their financial muscle against the political will of Margaret Thatcher proved to be a turning point in British labour relations. By enacting new legislation which could sequester Union funds and by employing Britain’s Police forces as a ‘strike breaking’ implement, the Conservatives effectively neutralised the power of the TUC and essentially handed a ‘big legal stick’ to the private employer, with which they might beat an uncooperative workforce.

Now led by the ‘Grey Man’ of British politics, John Major, the Conservatives continued to hold national office, largely as a result of the opposition’s failure to provide a credible and effective alternative to the Tory party. Neil Kinnock, the new Labour Party leader found himself constantly battling the militant forces which continued to operate within the organisation and which effectively made his shadow government an unthinkable choice for the British electorate.

Unfortunately for Kinnock and for Britain generally, the main opposition parties had failed to realise that the basic character of the country was already beginning to change, as a direct result of the Thatcher era. Driven almost entirely by central government, Thatcher’s wholesale ‘sell-off’ of Britain’s publicly owned housing stocks, transport systems, utility services and fossil fuel resources was carefully contrived to appeal to one of people’s basest instincts, GREED.

Millions of British citizens rushed to benefit from this modern day ‘Klondike’, eagerly grabbing at their slice of the privatisation cake, but ultimately only gaining a short-term gain from their investments, as most chose to sell on their shares for a quick profit, often to the major investment banks who were always likely to be the final recipients anyway. The social cost of Thatcher’s privatisation project was far more costly and far more damaging though, as it fundamentally altered and undermined the native culture of a country, from a sharing and cohesive nation to one that was dominated by selfishness and division. It is little wonder perhaps that some 30 years later our modern politicians struggle to fully understand the reasons for widespread social breakdown, public disorder, large scale anti-social behaviour and people’s general indifference to the plight of their fellow citizens. Thatcherism ultimately taught the British people that being part of her stakeholder economy was a good thing, provided of course that you could afford to be part of it in the first place. Millions could, but just as many couldn’t and we are all continuing to live with the social consequences of this particular Conservative experiment right through to the present day.
Posted by chesterwriter at 12:32
Email ThisBlogThis!Share to TwitterShare to FacebookShare to Pinterest