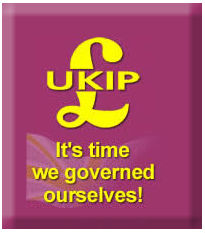 We've heard a great deal lately about the expenses claimed by UKIP's representatives in the European Parliament, often as part of the general misinformation campaign being waged by Conservative Central Office, the Parliamentary Labour Party and the Liberal Democrats. Only last week we had scurrilous accusations being made in the European Parliament by a former member of UKIP, who rather than having the courage of her convictions and risk being sued, chose to hide behind foreign parliamentary privilege to publicise her unfounded allegations. And in addition to the outrageous personal charges being levied by a former colleague, with her own questionable "axe to grind" against Nigel Farage; and anyone else who she deems has done her wrong, we've even had the BBC trawling through its film archive to fish out a clip of Mr Farage, commenting on the potential value of the possible income that could and can be derived from European Parliamentary Expenses, equivalent it would seem to the salary of a Goldman Sachs employee!